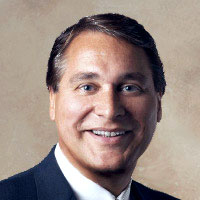 With over 20 years of  executive search experience, Larry practices across a broad range of organizations that includes Manufacturing, Higher Education, Not-for-Profit, Banking and Insurance, Engineering & Consulting and Healthcare & Life Sciences, working extensively with Fortune 500 firms and leading educational institutions, both public and private.

Larry started his search career in 1993 as a vice president at Christian & Timbers, among the seven largest retained executive search firms in the country. He initiated C&T’s Engineering & Consulting Practice, and in 1996, was recognized by Engineering News Record as one of the leading search consultants in the field. While also involved in the firm’s large technology-based practice, Larry helped build C&T’s Financial Services and Manufacturing Practice, and was named a partner in 1994.

In 1996, Larry joined the staffing and recruiting firm of AIM Executive as president of The StratfordGroup, an executive search firm he founded. Shortly after joining, the combined entities were acquired by Interim Services (eventually Spherion Corporation), and Larry went on to build StratfordGroup into a top 12 U.S.-based executive search firm, with 15 offices in the U.S. and one in London, while maintaining his own executive search practice. It was during his tenure at StratfordGroup that he began running HR focus groups, talent acquisition seminars  and experimenting with “unbundling executive search” into other human capital support services for the various clientele. It was a model that would lead to what became highbridge associates.

In 2001, he formed paul-lawrence associates and highbridge associates, a combined human capital services firm that serviced a wide variety of clients across more than 12 industry segments with performance-based executive search and unbundled human capital services such as research, competitive analysis, outsourced recruiting, recruiter training and testing and assessment.

In his career before search, Mr. Imely led sales organizations and managed P&L centers in four businesses. He holds a BS in Education from Bowling Green State University and a Masters of Administration from the University of Toledo. He has published several articles in the human capital arena and speaks frequently on the evolving world of search/research. He also sits on the Ohio Board of Myasthenia Gravis and Ohio State University’s Master’s Degree in Human Resources Management Advisory Board.